Our hedge-laying team were trained in 2010 by Mr John Savings accredited, who also trained Prince Charles. We are able to lay either south of England or Midland style.

Originally it was designed to fill the gaps in old hedges and make a stock proof boundary, however In recent years more and more of our work has been for garden designers, taking us across the south of the country to some amazing houses and gardens as part of garden design plans, and to meet planning guidelines.

Hedge-laying declined after the 1939-1945 war due to many factors such as the availability of labour, the introduction of machines to cut hedges, wire fences and changes in agriculture that placed emphasis on production.

By the 1960s hedges were declining at an alarming rate. Lack of maintenance meant that hedges became tall and gappy with sparse growth at the base; in effect a line of trees. Many hedges were grubbed out to make larger fields that could be more efficiently managed by larger machinery.

In 1978 three hedge-layers – Mr Fred Whitefoot, Mr Clive Matthew, and the late Miss Valerie Greaves realised that soon the valuable skills of hedge-laying, that had been acquired over hundreds of years, would be lost forever.

We are a proud member of the
National Hedge Laying Society 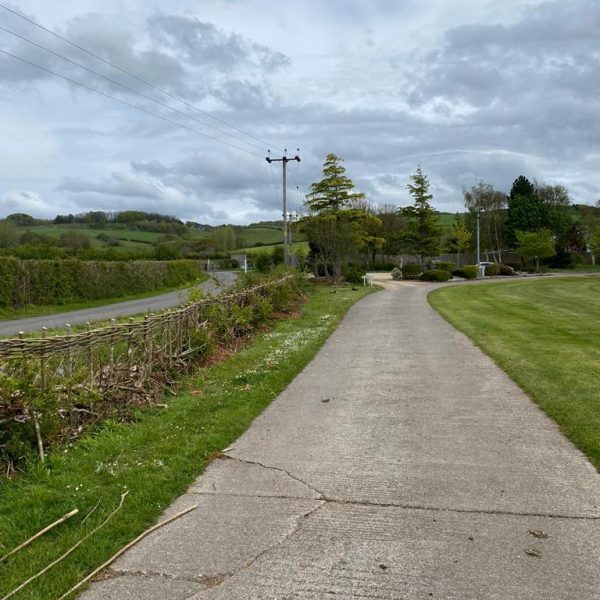 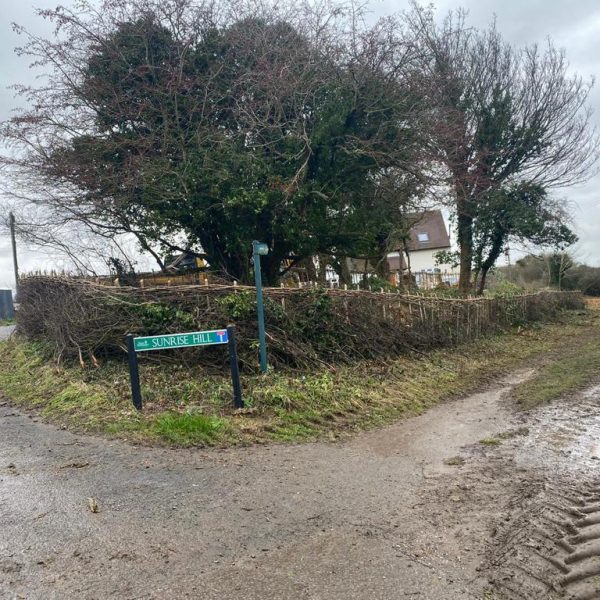 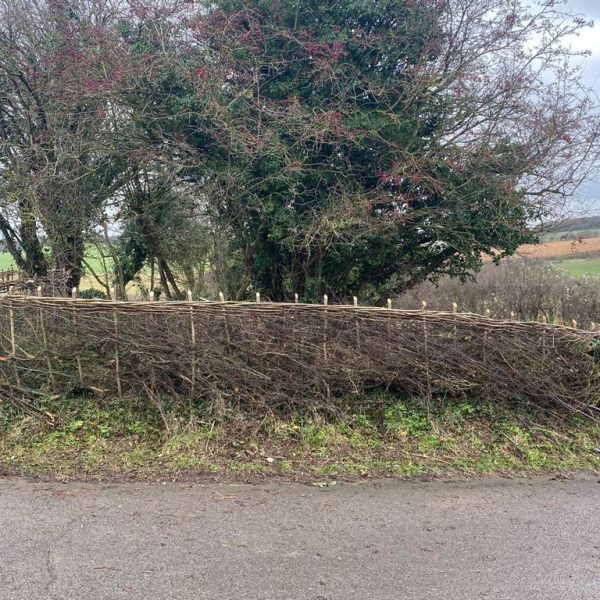 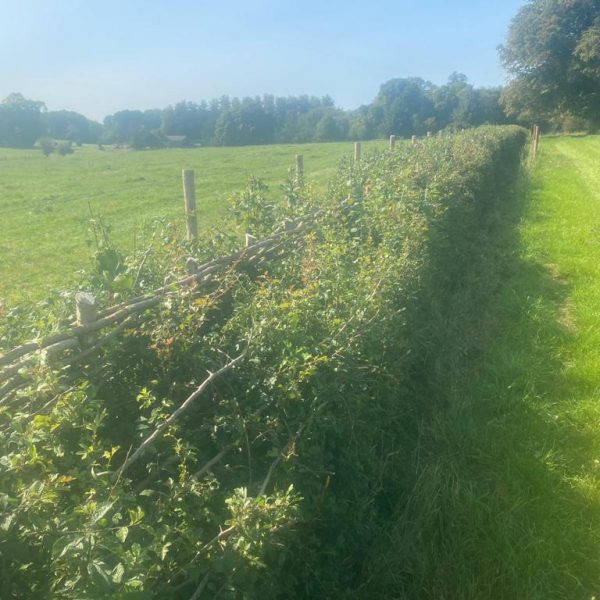 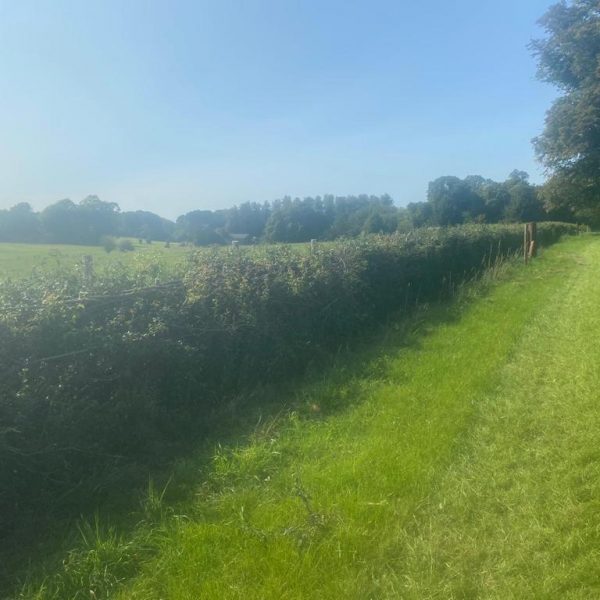 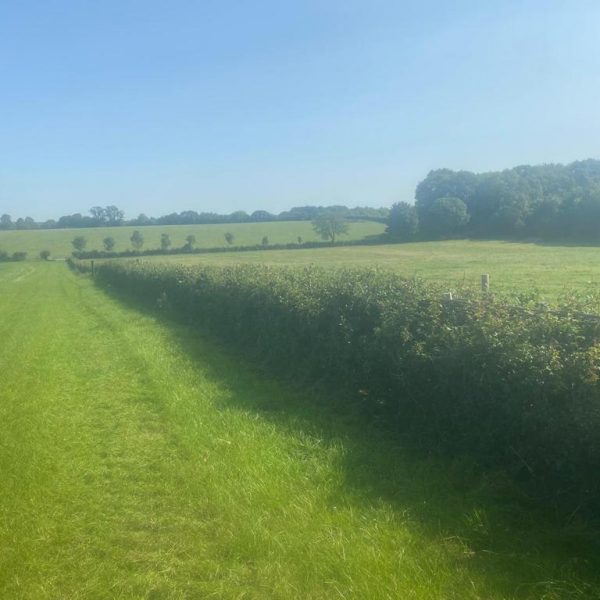 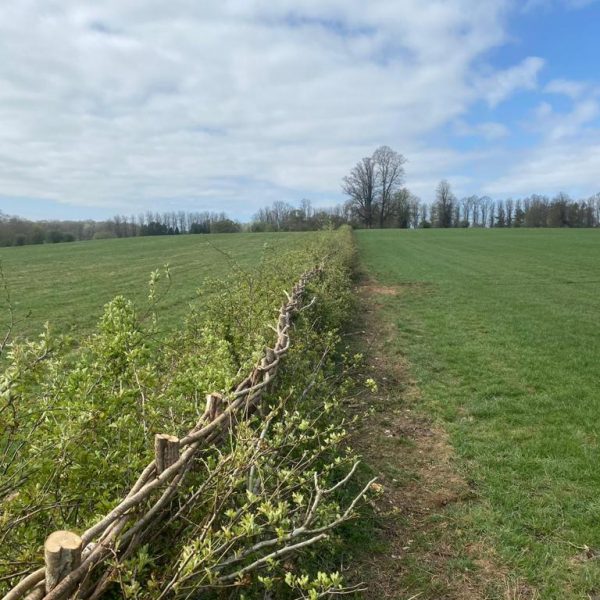 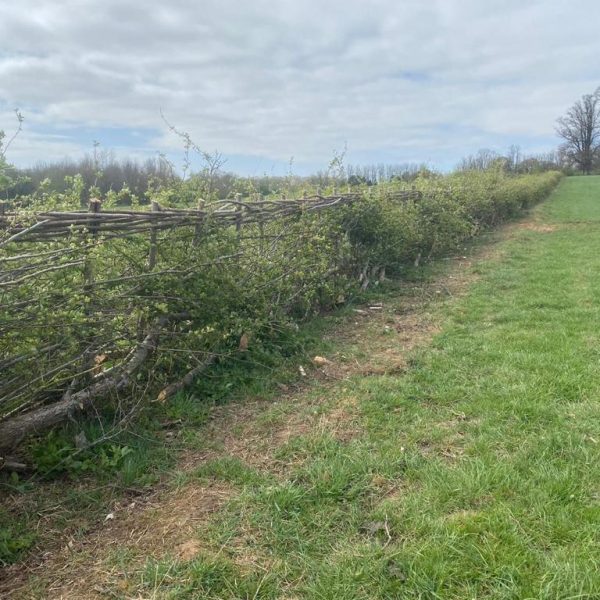 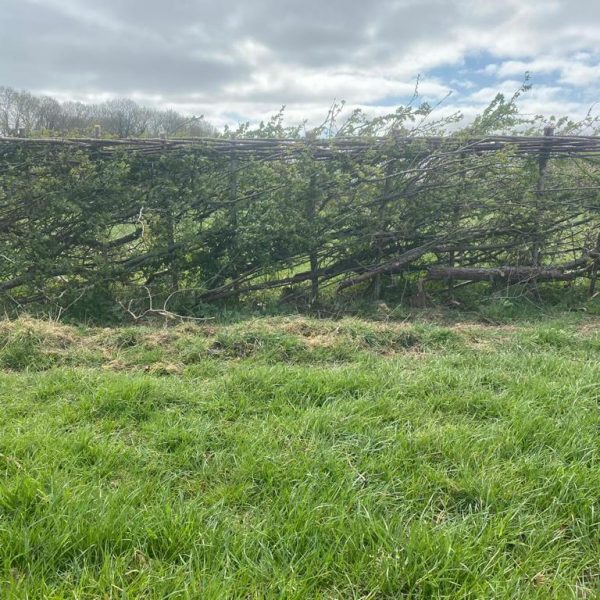 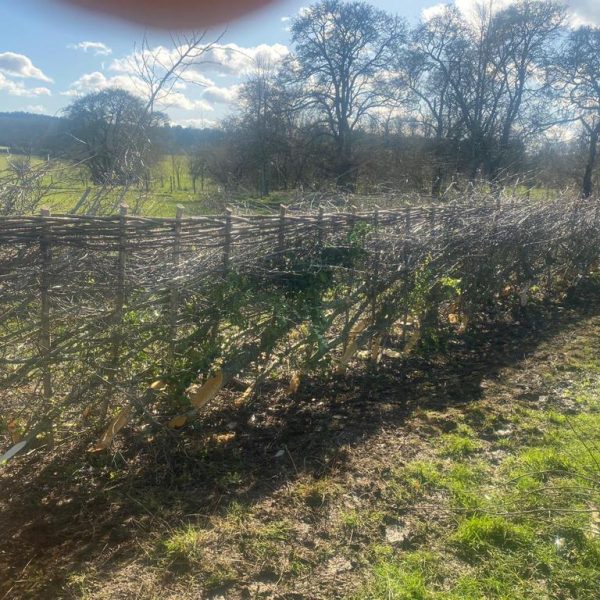 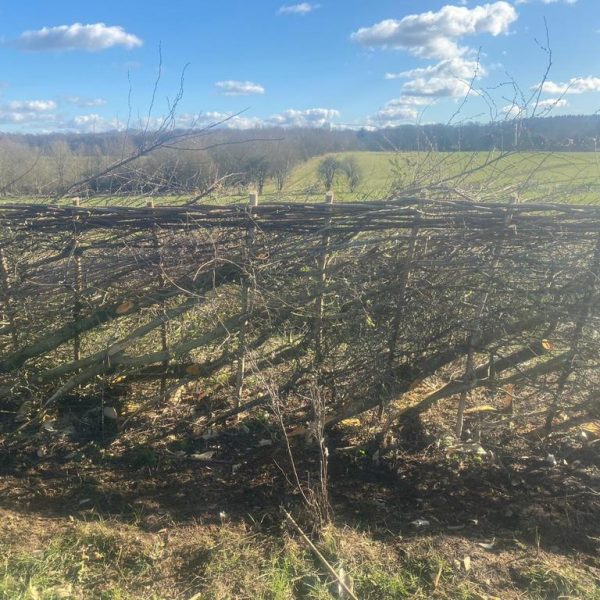